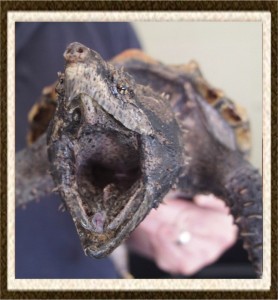 Reintroduction - A Step Towards RECOVERY

A cooperative program between Peoria Zoo and IDNR

Peoria Zoo partnered with Illinois DNR in 2008 and we have been working to reintroduce the native Alligator snapping turtle to strategic watersheds in Illinois in an effort to restore this unique and majestic reptile. 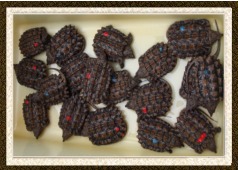 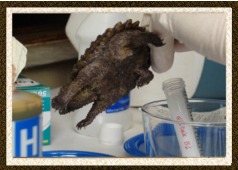 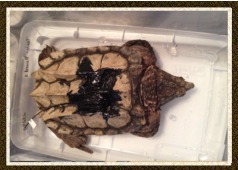 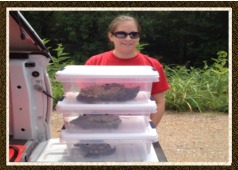 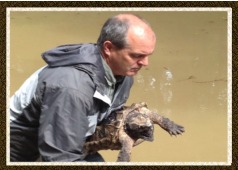 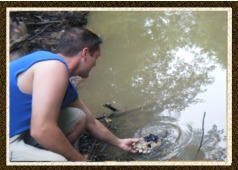 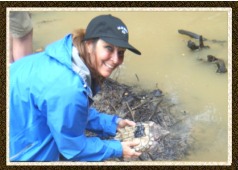 Unfortunately, Alligator snapping turtles are currently ENDANGERED in the State of Illinois.

IDNR conducted a pilot release of  Alligator snapping turtles back to the wild in Illinois 2009.

IDNR and Peoria Zoo released 97 animals in July 2014.  It takes a lot of "turtle coordination" to have 97 animals of mixed ages that are “head started” or prepared for life back in the WILD.

These were the first steps towards recovering of the state-endangered Alligator Snapping Turtle to its natural range in southern Illinois.

This initiative is part of a multi-state effort between Illinois, Oklahoma, and Louisiana to recover or augment declining populations of this turtle. A multi-state competitive State Wildlife Grant was awarded to the three states by the U.S. Fish & Wildlife Service. That grant will cover the long term monitoring & tracking costs of the released turtles, which have been equipped with radio transmitters.

The Illinois Natural History Survey has been contracted to conduct the telemetry studies in Illinois and are providing all the transmitters and iButton dataloggers for the three cooperating states. Peoria Zoo has been holding older turtles for the past several years as supplemental releases for the IDNR. The St. Louis Zoo has been breeding Alligator Snapping Turtles from their captive colony to provide hatchlings that will be raised by various schools in Illinois as participants of "Operation Endangered Species" until they are large enough to release.

As illustrated; there are many "Turtle Recovery Plan Partners" who are dedicated to bringing a healthy thriving population of Alligator Snapping Turtles to Illinois.  Other partners include the University of Illinois School of Veterinary Medicine, Missouri State University, Tulsa Zoo, Oklahoma Department of Wildlife Conservation, University of Louisiana at Monroe, and the Louisiana Department of Wildlife and Fisheries. The Missouri Department of Conservation and the Arkansas Game and Fish Commission facilitated permits to transport the turtles from Tishomingo through their respective states.

These turtles and future release turtles play an important role and provide balance to our lakes and rivers. Peoria Zoo is working hard to bring back this rare and majestic animal for future generations to enjoy.

Be a Super Hero for Alligator Snapping Turtles